What is in a Name 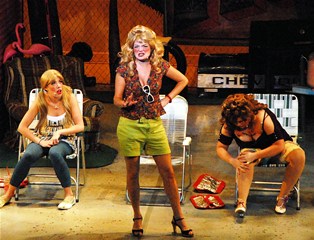 Even in the darkest days of financial misery and governmental ignorance, there are newspaper articles that can put a smile on my face. Yes occasionally I even fall of my chair in a sudden burst of uncontrollable hic-ups mixed with roaring laughter. The following story in the Fernandina Beach News Leader got me close to that point. Well to be fair, I read it in the online version, since I’ve given up on wasting paper and trees several years ago. I know, not a popular stance in a town where paper mills are major employers but hey, everyone carries their own cross in this life.

Back to the story, which dealt with something good old Bill Shakespeare warned us about: “What’s in a Name”!

This was the article’s heading: FCCJ is history: It’s ‘not FSCJ,’ but Fla. State College

Tell me honestly, isn’t that a headline that needs at least 2-3 careful scans before it starts forming a picture, let alone make sense. Well, the moment I saw FCCJ I knew that it was about Florida Community College Jacksonville and that in itself was enough reason for me to read the article. Education and especially the format of how it is going to be dispensed in the future is close to my heart. First of all, because I am the descendant of a long line of educators, my grandparents were high school principals, my dad was a part time teacher, 2 of my 4 brothers are high school and college educators and not in the least because I look back at my own 12 years of advanced studies that have led to a post doctorate degree in economics and a masters in marketing and public relations (of course this is an attempt to give validity to the following statement) and a truck load of knowledge in the retentive parts of my brain that was rendered completely useless by the advance of the internet. Albert Einstein, the man himself, once stated that it was absolutely senseless to clutter the brain with useless information such as knowing telephone numbers by heart. His argument against memory retention was: “if you can get your hands on it in less then 60 seconds, why are you trying to use brain space to memorize it?” Albert knew that the internet would save a lot of our brain’s retention capacity in favor of much better uses, such as “seeing the bigger picture”.
Unfortunately for me that lesson came too late, hence my brain is full of unimportant facts and fiction that can only be “fully appreciated’ on game shows like Jeopardy or Trivial Pursuit, with much emphasis on Trivial.

Why this introduction to a much more serious topic? Because it appears that once again our civilization is being misled by a whole generation of self serving educators and blind politicians. Their brain capacity is overpowered by the emotion that change is bad and requires too much work. Education has always been dominated with a sense of: I know better and this is the way we have always done it.

In a conversation with a vice principal from Michigan recently, he defended the need for direct interaction (face to face) between educator and student, as the reason that monolithic school facilities should remain the focus of distribution of education. Completely oblivious to the fact that internet, black berries, i-Phones and text/video information exchange have replaced the need for printed school books and class rooms, our society keeps creating huge centers of advanced education that are impossibly expensive to operate and maintain, create a mostly elitist society for those that can afford the tuitions, and wreck one sided havoc with the infra structure of a community. If you want proof of that last statement I invite you to visit the once sleepy central Florida town of Gainesville.

Anyway a glimpse into the future of education needs to include the fact that the total volume of human knowledge doubles every 15 to 18 months in today‚Äôs world. If you have trouble envisioning what this means, you’re not alone. Much of this knowledge is abstract and of little use to us in our daily life until it turns into usable applications, much like what Apple is doing with the iPhone. My vision is in a nutshell that Kindergarten and Elementary neighborhood schools will continue to have their primary function, maybe even middle school, but high school and college in the current format will be replaced by complete online education where homes are outfitted with cyber rooms, equipped with computer cameras and reception screens and where teachers and professors teach in front of a camera and distribute their knowledge to hundreds if not thousands of students at a time. If you have spent enough time in a classroom auditorium, either as a student or as an educator, you know that it is a very faulty format of information exchange with too many loopholes to be functional.

I am happy that FCCJ President Steven Wallace is excited that Florida Community College Jacksonville (FCCJ) per August 1 turns into ‘Florida State College’ with a 4 year curriculum, but I’m pretty sure that his wish to not have the name abbreviated into FSCJ may prove futile.

I do hope however that College President Wallace realizes that the 44 years of FCCJ history is a milestone of the past and a term that will not be equalled by the Florida State College Jacksonville in the current format.