What Really Happens When You Dial 911

For many of us calling for help using 911 is not something we will ever do. So what really happens when you call 911 and who is taking your information? 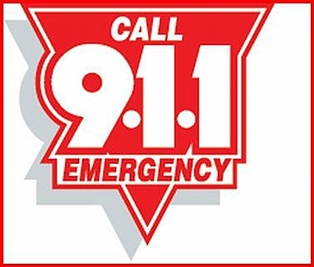 What happens when you dial 911

For many of us calling for help using 911 is not something we will ever do. However we all know that dialing those 3 little numbers can get you help no matter what your emergency. So what really happens when you call 911 and who is taking your information?

In the early to mid 1900‚Äôs calling for a fire truck or ambulance, you called the operator (dialing 0) or an emergency number for your area. In many cities these calls were answered by the fire or police station direct by the shift on duty at that time and the numbers were different for each department. This posed 2 huge issues; first if you were visiting the area you had no idea what numbers to dial and second if the police or fire personnel were out on a call there was no one there to answer the phone leaving you with no help. This was recognized as a problem for all emergency responders and as early as the 1930‚Äôs strides were taken to standardize a system globally.

The first National emergency phone number originated in the UK using the number 999. Several boarding countries also adopted the 999 emergency contacts and it wasn‚Äôt until the United States asked for the 911 number as the universal number that it was changed and is what we all use today. The Federal Communications Commission along with A T & T made the 911 universal number as the one and only number to dial when reporting a fire or calling for the police.

Today this system is still in place working as it was intended with several modifications including GPS tracking, caller ID, caller locator and more have been added. The system currently in use today even has means of tracking cell phone calls assigning them to the proper 911 dispatch regardless of where they are calling from.

When a call is made to 911 it is automatically routed to the nearest dispatch center. The dispatchers are trained to ask the caller a series of questions that will need to be answered to properly send help in the least amount of time. The initial call will be answered by a live person that asks ‚Äú911 what‚Äôs your emergency‚Äù? Speak clearly and concisely when stating the emergency you are phoning in. Dispatchers are aware and understand that you are calling in an emergency and may sound frantic on the phone, this is understandable but the quicker you can relay your issues the quicker help can be sent. Other questions that will be asked of you are your current locations, how many people are injured, are you in any danger? Once all this vital information is collected the dispatcher will assign the appropriate agency whether it is the police, fire or rescue. In most areas of the country response time after calling 911 is usually within 10 minutes regardless of what your emergency is. Even though most of us will never call 911, it‚Äôs nice to know 3 little numbers can summons help.