What was Really Behind the American Pie Lyrics?

A SearchAmelia viewer asked, "Has Don McClean ever confirmed that this is what his song is talking about? I thought he would never say." 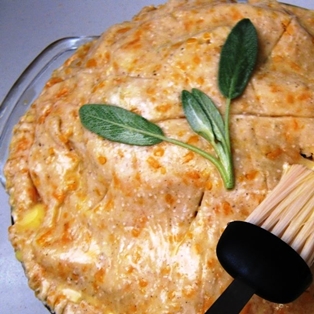 Betsie, a SearchAmelia viewer, asked the question, “Has Don McClean ever confirmed that this is what his song is talking about? I thought he would never say.”

McLean admits on his website that the song, American Pie, does indeed begin with lyrics written based on a tragic plane crash that happened in 1959, and his memories of the death of Buddy Holly.

Don has never admitted or disputed other lines of the song, adding more mystering to its meaning.

The following statement is credited to his website, thought I didn’t find it there.

“I’m very proud of the song. It is biographical in nature and I don’t think anyone has ever picked up on that. The song starts off with my memories of the death of Buddy Holly. But it moves on to describe America as I was seeing it and how I was fantasizing it might become, so it’s part reality and part fantasy but I’m always in the song as a witness or as even the subject sometimes in some of the verses. You know how when you dream something you can see something change into something else and it’s illogical when you examine it in the morning but when you’re dreaming it seems perfectly logical. So it’s perfectly okay for me to talk about being in the gym and seeing this girl dancing with someone else and suddenly have this become this other thing that this verse becomes and moving on just like that. That’s why I’ve never analyzed the lyrics to the song. They’re beyond analysis. They’re poetry.”

My search to find a Don McLean quote about the song led me into a lyrical journey, disecting this nearly nine minute song, line by line. There are many interpretations of the lines, and some authors disagree on their meanings.

After having spent way too much time in an attempt to answer a viewers simple question, I found myself engulfed by our political, social and musical history of the 1960s.

While I would enjoy digging into this more, I don’t have the time, so after hours of research, here are just some of the plausible interpretations I found to the line-by-line lyrics of American Pie.

I can still remember how That music used to make me smile.
And I knew if I had my chance, That I could make those people dance,
And maybe they’d be happy for a while.
(Music usually makes people happy, and often they dance.)

But, February made me shiver with every paper I’d deliver
Bad news on the doorstep – I couldn’t take one more step
(McLean learned of the plane crash that killed Buddy Holly, Ritchie Valens, and the Big Bopper on a February morning, when he was a young newspaper delivery boy.)

I can’t remember if I cried When I read about his widowed bride
But something touched me deep inside, The day the music died.
(Buddy Holly’s wife, of barely six months, was pregant when he died. She miscarried shortly after his death.)

Did you write the Book of Love and do you have faith in God, above?
If the Bible tells you so.
(Song reference to The Monotones, “The Book of Love.”)

Now do you believe in rock ‘n roll?
Can music save your mortal soul? And can you teach me how to dance real slow?
(Before music became ten minute guitar solos, people used the music as an excuse to dance close together.)

Well, I know that you’re in love with him, ’cause I saw you dancing in the gym
You both kicked off your shoes – man, I dig those rhythm and blues
(Imagine a sock hop, an era of innocence in the 1950s when people believed in the Bible, family values, America, and an acceptance of Motown.)

I was a lonely teenage broncin’ buck With a pink carnation and a pickup truck
But I knew that I was out of luck, the day the music died.
I started singing…
(He had just witnessed his date dancing with another man in the gym.)

That’s not how it used to be
(What a difference a decade made.)

When the Jester sang for the king and queen in a coat he borrowed from James Dean
(The Jester is Bob Dylan, pictured on the album cover, “Free Wheelin’, in James Dean’s jacket. He performed at Royal Albert Hall in 1966.)

In a voice that came from you and me
(Dylan sang Folk music – music of everyday people.)

Oh, and while the King was looking down The jester stole his thorny crown
(There are many interpretations to these two lines including the Kennedy family, the decline in Elvis’ popularity and Dylan’s rise to fame.)

The courtroom was adjourned, No verdict was returned.
(Possibly the trial of the Chicago Seven. When the jury initially sent a hung-jury message to Judge Hoffman, the judge replied, “Keep deliberating!”)

the quartet practiced in the park, and…
(The Beatles played a number of parks and stadiums in the 1960s.)

We sang dirges in the dark, the day the music died
(Dirges: A song or hymn of grief.)

The Birds flew off with a fallout shelter, Eight Miles High and falling fast
(Eight Miles High, a song by The Byrds, experienced a radio ban after allegations it held drug connotations in its lyrics. The song could have made the top ten, but it fell off the charts after the ban.)

It landed foul on the grass
(Rumors are one of the members of The Byrds was arrested for possessing marijuana.)

The players tried for a forward pass with the Jester on the sidelines in a cast
(Dylan, the Jester, was in a cast from a motorcycle accident in the 60s, sidelining him from music for nearly two years.)

Now, the halftime air was sweet perfume
(Marijuana being smoked, or tear gas used on rioters and/or protesters in the 60s?)

while the Sergeants played a marching tune
(“The Sergeants” likely refers to the Beatles, Sgt. Pepper.)

We all got up to dance, oh, but we never got the chance
‘Cause the players tried to take the field – the marching band refused to yield
Do you recall what was revealed the day the music died?
(A little more complex, the summer of love was 1967, America wanted to dance once again in 1968, but it became instead a violent year, and folks never got the chance to dance on the field.)

And, there we were, all in one place – a generation Lost in Space
With no time left to start again
(The race for space was on.)

So, come on, Jack be nimble, Jack be quick – Jack Flash sat on a Candlestick, ’cause…
Fire is the Devil’s only friend
(Altamont in the fall of 1969, The Rolling Stones had a song, “Sympathy with the Devil.” Jack Flash symbolizes Mick Jagger who refused to end the concert even though people were leaving and it became violent.)

And, as I watched him on the stage my hands were clenched in fists of rage
No angel born in Hell could break that satan’s spell
(Hell’s Angels had been hired, by The Rolling Stones, for security at the concert.)

And, as the flames climbed high into the night to light the sacrificial rite, I saw…
Satan laughing with delight the day the music died
(A man with a gun heads for the stage and is stabbed to death by security, a sacrifice, while Jagger continues dancing on stage.)

I met a girl who sang the Blues, and I asked her for some happy news
She just smiled and turned away
(Possibly Janis Joplin who died of a drug overdose in 1970.)

I went down to the sacred store where I’d heard the music years before, but…
The man there said the music wouldn’t play
(No one wanted to hear the Buddy Holly music anymore.)

And, in the streets the children screamed, the lover’s cried, and the poets dreamed, but…
(Clash of youth and authority, grieving families touched by war, but yet hope remains.)

Not a word was spoken – the church bells all were broken
(Had the music died? Would America recover?)

And, the three men I admire most: the Father, Son, and the Holy Ghost, they…
(Buddy Holly, The Big Bopper, and Richie Valens.)

Caught the last train for the coast, the day the music died
(They took their last train.)