Where to start if you’re thinking about expatriation 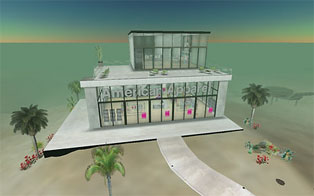 I’m a Dutch expat who currently lives part of his life in the US. While I met my wife in St.Maarten in the Dutch Caribbean, I had moved to the Caribbean in 1986 after a 6 year stint on an Intercompany Transferee Visa in New York and Atlanta mainly, I did not have plans to move back to the States. Family circumstances changed that projection. Even though I could have gotten my Green Card or even Citizenship many years ago, I opted out of that possibility for two reasons: my Dutch citizenship was more appreciated in the world of travel than an American one, and more importantly I learned that The United States is one of only two countries in the world that imposes tax on its citizens worldwide income, no matter where that citizen lives. (The other country is, of all places, Eritrea on the African East Coast.)

I already had experienced very high taxes in the Netherlands by the end of the 1970’s, but I had also learned that for citizens of most high-tax countries, it’s easy to legally avoid the obligation to pay tax on your worldwide income. You simply relocate to a lower-tax jurisdiction, or one that only taxes local income. After an extended period ‚Äì normally 1-2 years ‚Äì you become “non-resident” for tax purposes. You no longer have the obligation to pay tax on your worldwide income to the country that issued your passport. You may, however, still be subject to gift and estate taxes.
But not so in the USA‚Ä¶
To permanently disconnect from the obligation to pay U.S. income tax, U.S. citizens must not only leave the United States, they must also take the radical step of giving up U.S. citizenship and passport.

The following is an expose by Mark Nestmann of http://www.nestmann.com/ an expert in these matters with a very clear and honest explanation of the pros and cons of something as life altering as Expatriation.

Before giving up U.S. citizenship, Americans must acquire citizenship and a passport from another country.
If you’re wealthy, expatriating could result in big tax savings. The total combined state-federal income tax burden for most high earners is close to 50%. And President Obama promises to hike that burden to pay for his spending plans. (Editor’s Note: I wonder what he’s going to do with his freshly earned Nobel Prize Money?)

Example: If you anticipate earning US$2 million over the next five years, expatriation could save you a cool US$1 million in income tax during that period. Not to mention millions more in the years ahead, and millions more again in estate tax savings.

Expatriation also eliminates the increasing difficulties that U.S. citizens face when they invest or do business overseas. Many non-U.S. banks and brokers now prohibit anyone with any connection to the United States from opening an account. This is a result of the U.S. government’s intensifying crackdown against anything ‚Äúoffshore.‚Äù Foreign entrepreneurs may avoid joint ventures with U.S. citizens, for fear of U.S. tax or regulatory entanglements.
If you give up your U.S. citizenship and passport, you eliminate all of these problems.
But you‚Äôre also taking on a whole new life in a different country and a different culture. Unless you‚Äôve previously lived abroad or have family in another country, it can mean a major change in your life. As such, it‚Äôs no surprise that few people ‚Äì only some of which could be considered wealthy ‚Äì actually choose to give up their U.S. citizenship annually.

Despite this reality though, expatriates remain vulnerable to political bombast. The image of wealthy former U.S. citizens living tax-free in tropical paradises is an irresistible populist target.
Former Congressman Sam Gibbons, a Florida Democrat, once spoke of ‚Äúthe despicable act of renouncing allegiance to the United States.‚Äù Former Congressman Martin Frost, a Texas Democrat, supported tax penalties on expatriates on the basis of ‚Äúbasic patriotism and basic fairness.‚Äù The result has been a series of increasingly stringent laws penalizing expatriate Americans.

Until 2008, it was relatively easy to circumvent these anti-expatriation rules.
But last June, Congress replaced the existing law in its entirety with an ‚Äúexit tax.‚Äù The exit tax establishes a legal fiction that you sell all your worldwide property the day before expatriation. Never mind what we‚Äôve learned from the stock market in the last year ‚Äì that unrealized gains can easily be wiped out when the market takes a turn for the worse. If you’re a ‚Äúcovered expatriate‚Äù (which I’ll define momentarily), you must then pay tax on this fictional gain.
Unrealized gains in non-grantor trusts and some retirement and pension plans are exempt from the exit tax. Instead, payouts that would be taxable to a U.S. person are subject to a 30% withholding tax.

Only certain dual citizens and minors with few ties to the United States are exempted from these requirements. Long-term green-card holders must also pay the exit tax, if they’ve lived in the United States for at least eight of the 15 years preceding expatriation.
How are you supposed to pay the tax without selling your assets? That’s your problem! However, the law permits deferral by posting acceptable security with the U.S. Treasury and paying an interest charge on the amount deferred.
Fortunately, the first US$600,000 of unrealized gain isn’t subject to the exit tax. This amount is adjusted annually for inflation, and for 2009 the exemption is US$626,000. The exemption doubles for a married couple, both of whom expatriate.
In addition, even if your unrealized gains exceed US$626,000, the exit tax only applies to you if you’re a “covered expatriate.” This means you:
‚Ä¢¬†¬† ¬†Have a global net worth exceeding US$2 million (US$4 million for a married couple); and/or
‚Ä¢¬†¬† ¬†An average annual net income tax liability for the five preceding years ending before the date of expatriation the loss of U.S. citizenship or residence exceeding US$124,000 (adjusted for inflation, US$136,000); and/or
‚Ä¢¬†¬† ¬†Fail to certify under penalties of perjury that they have complied with all U.S. federal tax obligations for the preceding five years or fail to submit evidence of compliance as required by regulation.

The ‚ÄúBack-Up‚Äù Exit Tax
There’s also a very sneaky substitute estate tax provision in the exit tax law. Let’s say you expatriate, and then 20 years in the future make a gift to family members remaining in the United States. If you’re a ‚Äúcovered expatriate‚Äù at the time you make the gift, U.S. recipients must pay a tax when they receive it.
And not at ordinary income tax rates, but on the highest estate tax rate existing at the time!
However, a covered expatriate can make annual gifts up to US$13,000 to any U.S. person without a tax consequence to the recipient. The US$13,000 exclusion is adjusted annually for inflation.
The best that can be said about the exit tax is that it offers a relatively clean break with the U.S. tax system as of the date of expatriation. Unlike prior law, there is no longer a 10-year period after expatriation during which punitive tax and immigration rules apply.

Is Expatriation for You?

The decision to give up U.S. citizenship is a serious one. It also requires substantial advance planning, including the acquisition of a second passport, if you don’t already have one.
It’s a step you should take only after consulting with your family and professional advisors. But it’s the only way that U.S. citizens and long-term residents can eliminate U.S. tax liability on their non-U.S. income, wherever they live. And it’s a tax avoidance option that Congress may eventually eliminate altogether.