Why is February 2nd Groundhog Day 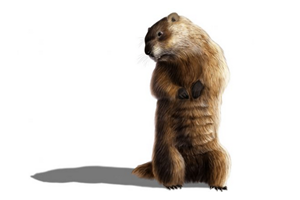 While hedgehogs were used in Germany, the groundhog appeared plentiful in their new home of Pennsylvania

February 2nd is well known as Groundhog Day, but it is also Candlemas Day, the midpoint between winter and spring. Even in the dark ages people found a correlation in future weather based on how the weather was on Candlemas Day. They believed if Candlemas Day was bright and sunny they would be subject to six more weeks of harsh winter weather. However, if they day was dreary and cloudy, folks believed spring would come early.

When German immigrants settled in Pennsylvania early in the 1800’s they brought with them many traditions which included Candlemas and weather prediction. While hedgehogs were used in Germany, the groundhog appeared plentiful in their new home of Pennsylvania and so it became well known as “Groundhog’s Day”.

If Candlemas be fair and bright,
Winter has another flight.
If Candlemas brings clouds and rain,
Winter will not come again.

Candlemas, also on February 2nd, is its own February holiday. It is the last of the Christmas season. It is when the candles used in church year-round are blessed. It is also the Feast of Purification of the Virgin Mary. Jewish history believed women were unclean after they gave birth and were not permitted to enter the temples to worship until a period of time passed, 40 days if they had a son and 60 days if they had given birth to a daughter. After the waiting time had passed, the new moms were brought into the temple for a special ceremony in which they were “purified”.