Why Obama is not a leader

Hayward said: I just want my life back and Obama said: I can't just suck the oil up through a straw, and they both left, one to play golf and the other to go sailing. 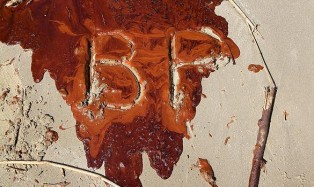 As Barack's Presidency Goes up in Oily Smoke

One of the key issues for being a leader is the ability to properly and timely diagnose the magnitude of a situation based on available data. Interestingly, neither President Obama nor President Bush “got it right” with regard to the sheer enormity of the BP spill or Hurricane Katrina, respectively. If a leader fails to diagnose the significance of the event at the outset, it will quickly derail into negative momentum and negative perceptions. In the case of the oil leak it would have been so much better to overestimate the magnitude and take action accordingly, then underestimating the event and having to ramp up.
Actually scientists use a simple tic-tac-toe matrix to quickly analyze consequences of many different human scenarios. It works on the simple “What if…” set of questions.

In most all emergency situations it will tell you if the consequences are of such magnitude that personal leader presence is essential; it also gives a leader a look around the curve or better yet a Chess Player’s insight into roll out effects. It reveals what should or can be anticipated as a result of certain actions or inactions. Leaders are responsible for envisioning the future — for seeing where the organization or country is going and especially for anticipating what future challenges might look like. Certainly, the BP disaster is not your routine oil spill any more than Katrina was a routine hurricane, or was it…?.  Working from a matrix will quickly tell seasoned leaders how to connect the dots.

Right now as a result of Obama’s lack of foresight, The White House might be gaping in shock that the U.S. federal court overturned its six-month drilling moratorium, but it really isn’t all that surprising. Amid the finger pointing and political posturing, the Obama administration seems to have missed a vital detail – the U.S. oil industry is in a very tight spot.
It’s not just America’s oil supply and energy security that’s in danger after the BP oil spill and the subsequent drilling ban. The Gulf economy is hanging by a thread, and it won’t take much to send it over the edge.
Thousands upon thousands of rig workers were effectively laid off when the 33 deep drilling rigs operating in the Gulf stopped. The full economic impact of the ban is as yet unrealized, with the layoffs just starting, but estimates put the figure for lost wages as high as US$330 million per month.

Given the potential economic losses, BP’s US$100 million compensation fund for rig workers starts to look rather paltry and their ‘nervous’ assessment in the media today that $3.5 billion have been spent on clean up is not reassuring. And it doesn’t end there either. There’s a domino effect in play as well – each rig job supports up to four additional jobs for cooks, supply-ship operators, and those servicing the industry.

And should the drilling ban become permanent, the consequences could be dire. Just like the towns that died in the Upper Midwest after the demise of the auto plants and steel mills, the entire Gulf Coast – where deepwater drilling is crucial to the economy – could fade away. And that is a very serious situation.

Do we need to be fair to the elected leaders?

Another side of the coin dictates to be fair in the assessment of leadership versus the possibility of prevention. Unfortunately we have to admit that our society is built on speed over safety with a higher value on expediency than safety and on minimizing costs rather than minimizing risks, which attitudes are deeply reflected in BP’s corporate culture as well as in corporate America.

When the president addressed the nation on June 15 regarding the oil spill, his speech fell flat because he tried to link the oil spill to the need for a new energy policy. He didn’t understand that when the snakes are crawling in the boat, job one is to kill the snakes. Stopping the oil was job number ONE. Nothing else matters. The president violated a fundamental rule of leadership: the main thing is to keep the main thing the main thing. The president didn’t do that. And as a result, particularly in uncharted waters, subordinates want to understand what’s happening. Leaders provide this understanding. They make meaning. Great leaders make complex things simple, not vice versa. Obama failed miserably in that aspect.

Both BP and the White House misdiagnosed the enormity of the situation in the Gulf and both have played catchup without any meaningful result ever since, clearly indicating that BP’s CEO Hayward  as well as President Obama were not up to the task.

Hayward’s callous comment that “I just want my life back” and the president’s remark “I can’t just suck the oil up through a straw” demonstrate both their frustration with the situation and their desire for it to just go away. Hayward’s flying home in the July 4th weekend to attend a yacht race and the president’s playing a rather public game of golf indicate their failure to grasp their role as leaders and the importance of appearance and perceptions to the public. Regardless of how much they may need a respite, senior leaders cannot be seen playing games when the troops are suffering. Rest and renewal are back-stage, not front-stage, activities for senior leaders. But it also demonstrated a staggering disparity in how media view those involved in the Gulf Coast oil spill cleanup.

While news outlets heaped scorn upon the beleaguered BP CEO for attending a yacht race with his son in England, there was no such anger shown towards President Obama and Vice President Biden for going golfing at Andrews Airforce Base.
In fact, as a Reuters piece clearly illustrated, despite what the Commander-in-Chief was doing, it was perfectly acceptable for his administration to criticize Hayward’s recreational exploits on his day off. Yet, according to the Oil Pollution Act of 1990, it is the President who is INDEED considered by American law responsible for overseeing this cleanup.

With many oil rigs leaving the Gulf for drilling destinations off Brazil and other oil fields, we are looking at what may become an even more serious threat to the US economy, sooner rather than later. The Moratorium therefore proves a typical over-reaction to a misdiagnosed problem with far reaching consequences, while the elected “leaders” are playing golf. I am personally against drilling and getting rid of SUV and Supertrucks in favor of cars that can drive 60 mpg. But short of that, I’m also very much against piling more problems on a nation that is already economically with one foot in the grave. If gas prices would go up to $4 a gallon today, the direct and indirect price effects would put the other foot in the grave as well.