Why Tonsillitis Keeps Coming Back 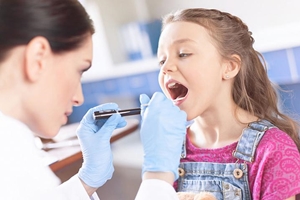 Do your kids keep getting tonsillitis?

Your tonsils are the bumps of tissue at the back of your throat. They help prevent infections in the body by trapping germs that come in through your nose and mouth. When tonsils get infected, they can swell and become painful. Children who get tonsillitis over and over may need to have their tonsils removed.

The team found that strep makes a certain toxin that, in kids with repeated tonsillitis, causes certain TFH cells to destroy B cells instead of helping them. These kids had genetic differences that made them more vulnerable to this effect.

The results suggest there may be a way to make a vaccine that trains the immune system to prevent recurring bouts of tonsillitis, says Dr. Shane Crotty, who led the study at the La Jolla Institute for Immunology.

Written by NIH Office of Communications and Public Liaison