Islanders Ric and Kay had moved to Nashville just weeks ago, when the winter storms hit them unprepared on the road. A list of things to keep in your car for winter's fury. 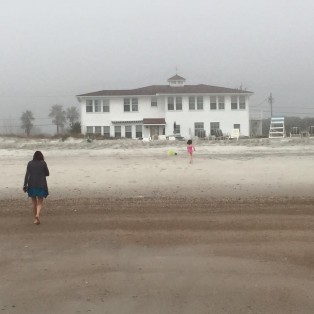 This is how Amelia Island’s Beach looked just a couple of days ago.

Yes I know, on the first sunny Spring-like day in what seems years down here in Florida, I’m writing this story about winter preparedness. It came as the result of a very recent conversation with our dearest and oldest friends, Ric and Kay, who five weeks ago moved to the outskirts of Nashville to be closer to the kids and grand kids. After 20 years of salt life on Amelia Island, the decision to move had been somewhat painful, but financially and emotionally right as they’re closing in on age 70. They hadn’t seen or experienced snowstorms in decades and were therefore ill prepared for the onslaught of storms that hit their new residence in Tennessee in the past several weeks.

Ric, originally from New York, has spent many decades in the south and Kay, a Georgia Peach, does not know or remember too much either, of what it takes to survive in snow and ice country, so when we learned a couple of weeks ago that they had been side-swiped by an SUV barreling through a red light in a snow storm, a dialog started between Kay and my wife TJ, who had spent the better part of 10 years in Wisconsin, driving a large Fedex truck summer and winter through walls of snow and over icy bridges.

It had taught her winter preparations, some of which Kay had never even heard of. When I saw the initial list TJ sent to Kay the other day, I immediately recognized a quick reference list that everyone not familiar with extreme winter weather conditions could benefit from. No it may not be an exhaustive list, but it’s most definitely a practical list that would help anyone’s survival chances greatly, if caught in a winter storm.

So here is a list of items TJ put together from here experiences up North, to keep in your vehicle when you need to battle the unexpected:

• Chicken grit – For traction if you get stuck in snow or ice. If you get two bags, put one on each side, in the back because it gives more weight for traction while driving.

• 2 – Wool blankets – Walmart has cheap ones

• Always carry coats or windbreakers with you.

• Beef Jerky, Granola Bars and such that won’t go bad but be some sort of nutrition.
Don’t store liquids to drink, as they will freeze. You will have snow for hydration, so have a couple of plastic cups stored.

• A small camping shovel if you have the space

• Sterno Can to heat car’s inside if you are stuck inside longer than normal. Look in camping section.

• Some hand warmers, also can be found in camping area of Walmart