The new theatre in Yulee will be furnished with 10 screens and have total seating capacity for more than 1,700 guests. 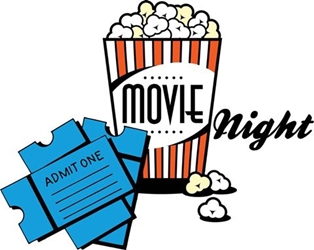 Thursday, February 12, 2015, is non-profit night at the new movie theater in Yulee, the night before the grand opening. Nassau Humane Society was selected to receive all sales from that night. The tickets, drinks, and popcorn are all $2.00 for the night.

John Wick: An ex-hitman comes out of retirement to track down the gangsters that took everything from him.

Gone Girl: With his wife’s disappearance having become the focus of an intense media circus, a man sees the spotlight turned on him when it’s suspected that he may not be innocent.

Whiplash: A promising young drummer enrolls at a cut-throat music conservatory where his dreams of greatness are mentored by an instructor who will stop at nothing to realize a student’s potential.

St. Vincent: A young boy whose parents have just divorced finds an unlikely friend and mentor in the misanthropic, bawdy, hedonistic war veteran who lives next door.

Interestellar: A team of explorers travel through a wormhole in an attempt to ensure humanity’s survival.

Nightcrawler: When Lou Bloom, a driven man desperate for work, muscles into the world of L.A. crime journalism, he blurs the line between observer and participant to become the star of his own story.

The Theory of Everything: The relationship between the famous physicist Stephen Hawking and his wife.

Hunger Games: Mocking Jay – Part 1: Katniss Everdeen is in District 13 after she shatters the games forever. Under the leadership of President Coin and the advice of her trusted friends, Katniss spreads her wings as she fights to save Peeta and a nation moved by her courage.

The new theatre will be furnished with 10 screens and have total seating capacity for more than 1,700 guests. The BigD, Carmike’s own premium large screen format experience auditorium, will seat 357 patrons. All auditoriums in the leading-edge entertainment complex will be equipped with stadium seating with comfortable high-back rocking luxury seats, retractable armrests and convenient cup holders. The Coastal Cinema 10 will contain large, wall-to-wall screens, DLP digital projection and digital surround sound in all auditoriums.