ZZ Top Head Back to their Blues Roots With La Futura 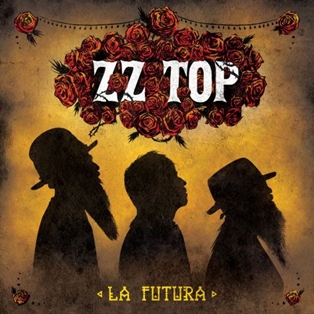 With the Amelia Island Blues Festival this weekend, everyone has blues on the brain, and that’s great timing for ZZ Top, who have chosen this week to release their first album in nine years, La Futura. This record is a full-on throwback to the band’s blues roots, with a bit of modern styling thrown in for good measure.

Right from the first track, “Gotsta Get Paid,” it’s clear this is the pure ZZ Top that originated in the ’70s, before MTV got ahold of them and turned them into ’80s synth-based pop stars. The song is actually a reworked cover of DJ DMD’s “25 Lighters,” but this is no hip-hop track; it’s a raunchy blues romp that highlights both the growling vocals and the wailing guitar of Billy Gibbons.

From there, the album oscillates back and forth between Stevie Ray-style blues rock, and more retro-sounding blues tracks. Although the songwriting borrows a lot from traditional themes, the production is all modern. Producer Rick Rubin, famous for staging the comebacks of several big names like Metallica and Johnny Cash, created a new version of his signature raw, stripped-down sound for La Futura. The result is the one of the best albums ZZ Top has ever put out, and possibly their most cohesive effort to date.

Those who only know ZZ Top from their MTV days may be surprised at just how much
this band is rooted in a heavy blues tradition. If there was ever any doubt about
it, La Futura puts that doubt to rest, and this album is one that will please both
rock and blues fans of any generation.

When Brynn isn’t scouring the internet for new music, videos, and her favorite viral
features, she’s writing about music, festivals, and all things entertainment at Clickitticket.